Avoiding money conflicts in your relationships 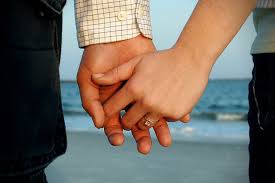 “ Money may not buy love, but fighting about it will bankrupt your relationship”

This is a quote from an unknown author, but very apt in the current scenario.

Disagreements with spouses and partners over financial matters is more common than we think, especially with more and more women becoming financially independent. Working wives today tend to have their own independent opinions on spending and investments which may not be in agreement with those of their spouse. While it is perfectly understandable that a couple may completely differ in their views on managing money, it could lead to serious misunderstandings. There are many studies conducted which show that couples who fight over money matters are much more likely to go through a divorce than those who disagree over other family matters like kids, household jobs, social life etc. Hence ensuring financial compatibility is essential.

Understand and respect each other’s views

What happens if the husband is a spendthrift and the wife a saver, or vice-versa? Or if one has more risk appetite and would like to invest in stocks etc in order to earn better returns while other would prefer low return schemes rather than risk the loss of the principal? Even in such cases it is important to understand and respect each other’s views and jointly draw up a financial plan keeping in mind both their individual preferences and goals. If they face difficulty in doing so by themselves, they should take the help of a financial counselor or a consultant who can help them with this.

Be honest and transparent

I have come across situations where the husband has invested and lost a lot of money in the stock or futures and options market or has taken a loan but doesn’t give the complete or true picture to his wife, or more often, the wife spending a huge sum on lifestyle goods and quoting a much lower sum to the husband, fearing his wrath! There is a term for this – called financial infidelity and this can cause friction between the couple. So, however difficult it may seem to implement, it helps to be honest and transparent.

Communicate and take each other’s opinion

If you have come across some investment option which seems attractive, inform your spouse about it and take his or her opinion before going ahead, even if the sum involved is not very huge. Conflicts are also likely to happen on common spending and investment issues, and not only on big ones like buying a house or car.

It is advisable to maintain separate personal accounts both from the income tax point of view and because it gives each of the spouses some discretion in personal expenditure, where they can spend a certain amount of money on themselves without having to explain how or where it was spent. At the same time, if both the husband and wife are working, it would make sense to hold a joint account where both can contribute a specified sum monthly which can be spent on the regular household expenses, the budget for which should be drawn up together.

Have a query/an opinion/a comment to make? Would love to hear it ! Cancel reply

Add blog to our directory.